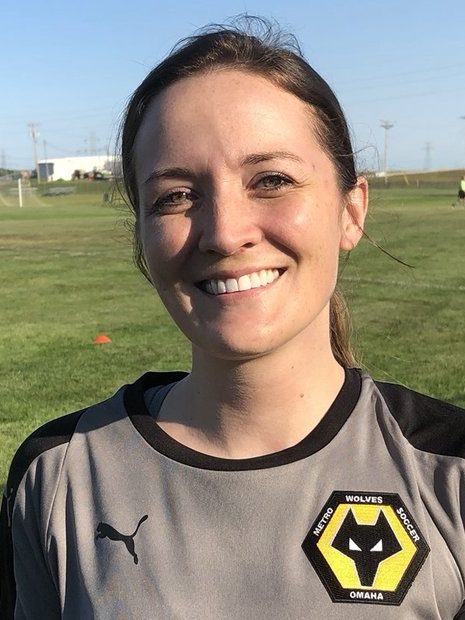 Tori is far too low key to talk herself up, so let’s let her records do the talking.

Tori is coaching and helping with our in-house academy and younger teams. And we are thrilled to have her!

My dad, he started coaching me when I was 4 years old. I played on various club teams growing up, but he was able to coach for my entire high school career which was fantastic. I stayed with it in College and got an opportunity to even play Semi pro soccer in Des Moines. I was a natural and anyone who knew me, knew how much I loved soccer (coming from a family who all played/plays….the support was always there). My dad kept me with it though, so was always thankful for him getting me involved with different soccer clubs, taking me to tournaments, setting up 3v3 in the summers, and traveling to other states for games because I just knew that was my calling/dream. It made me the happiest, and has got me to where I am today; coaching/teaching the beautiful sport I love to others, just like my dad.

Easy- Everything! There’s literally nothing to not like about it!!

Mia Hamm. When I was growing up she was the most influential soccer player around for women. I remember how excited I was when I went to Chicago with family and friends and got to see her score and play as part of the ’99ers’ vs. Nigeria in 1999 and defeat them. Definitely a once in a lifetime experience seeing that game in person.

Because then, the US women’s national team continued to win their games leading up to the finals- only to win the World Cup of 1999 – it was history in the making for everyone! Of course it was not as surreal for me watching those other games on T.V., but still simply amazing!

Everything just made my goals and dreams bigger from that entire summer/experience. Mia Hamm has been, and always will be a top idol/influencer for me. 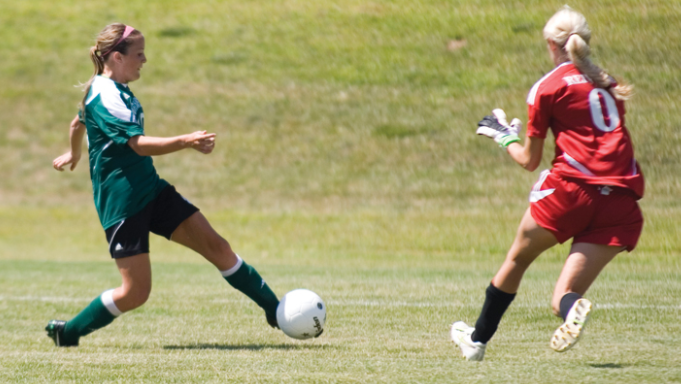 Well the soccer ball of course! Getting to work on footwork/dribbling, new moves, and shooting. Without the ball there is no game! But I must say, scoring goals has always been my favorite! Scrimmage is the best part of course though, ask anyone!

100 (give or take), it’s been awhile since I’ve counted! Guess I’ll have to try it out again to make sure I’ve still got it.

Teaching them what I know about soccer, seeing them progress through training and academy and having fun with the sport, most importantly!