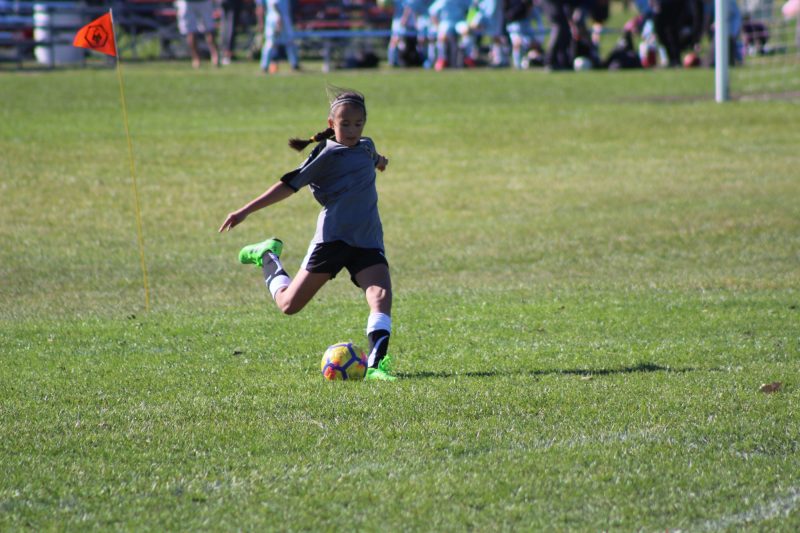 “Rec Soccer” is the shortened version of “Recreational Soccer”

So, what is recreational soccer? Rec soccer is a soccer program that is primarily devoted to the enjoyment and development of soccer players without the emphasis on travel or high level competition.

The purpose of recreational soccer is to provide an opportunity for the participants to have fun, play with a sense of team and community, learn the sport, and meet players and coaches from their area. Hopefully, children who play rec soccer develop a love for the sport and learn the basics of what soccer is.
Rec soccer can prepare kids for select soccer, a more focused and intensive program designed to prepare them to play competitively in high school and beyond.

There is less emphasis, and in some cases NO emphasis, on wins and losses. In some rec soccer leagues, scores and statistics are not even kept.

Referees and coaches can even work together to help kids understand the basics of the game. There are no tryouts in rec soccer. Anyone who wants to play can register and is placed on a team.

Recreational soccer coaches are typically parents who play or have played soccer. This level of service fulfills the parental volunteer requirement for their child/children.

Recreational players are expected to attend all scheduled practice sessions, games and our Spring Cup tournament at the beginning of the season. Lack of attendance at practice may reduce game playing time. Simply because we are teaching kids that commitment in any endeavor is important and necessary for success.

Recreational soccer is less expensive than Competitive or Select soccer.

Early age soccer options typically include rec soccer through a club or association (like us), the YMCA, or a Junior Academy (like us).

Typically rec soccer applies to children under a certain age. For our club, recreational soccer is broken down as follows:

Under ages 9 & 10 (8 and 9 year olds)
Under age 8 (7 year olds)
Children under the age of 7 learn the game and compete in our in house Junior Academy program.
Select soccer starts at ages under 11 and progresses all the way to under 19 teams and leagues. Select includes a tryout and is for children who have attained a certain skill level and want to continue to play a higher level of soccer as they age.
For more information about Select Soccer and our offerings as a club, read our piece on “What is Select Soccer?”

How do you know if Rec Soccer is right for you?

If your child has progressed quickly and shows a lot of skill and can single handedly dominate a game based on athleticism, it is a good time for them to think about select soccer.
Conversely, If your child is having fun, enjoys being active, has made fun on the team with their group of friends, and is still learning, rec soccer is an ideal starting point. You can also play select soccer later, as they age, and make that choice down the road.
Wolves2021-03-18T21:54:37-05:00March 10, 2021|Hot Topic|