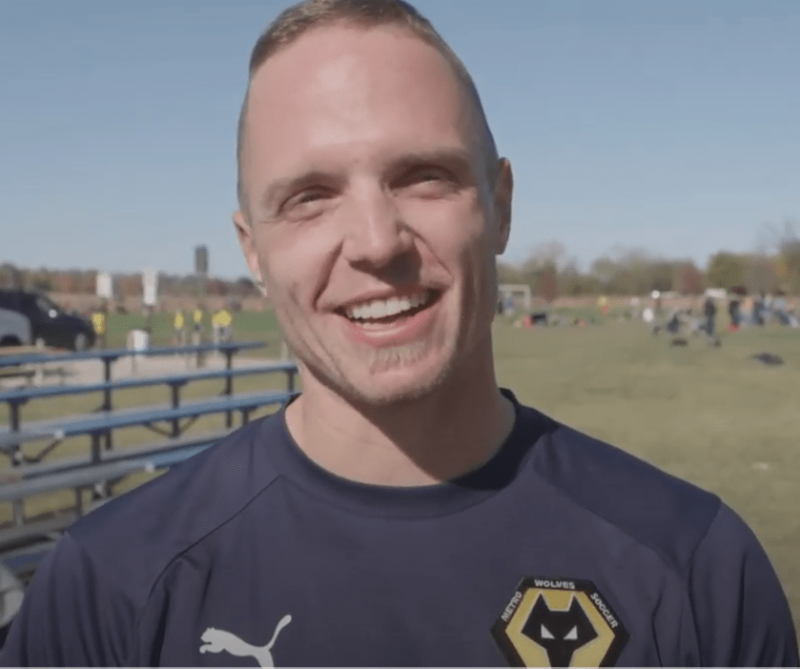 Because of my daughter, Fiona. Fiona was 6 (2014) when she started playing through the YMCA. I knew nothing about soccer, barely regarded it as a sport; typical American in that regard. I played basketball in college and briefly overseas after college. I have been a sports journalist for 20+ years for some renown publications. I love sports but had never been exposed to soccer. Never guessed I’d ever love it.

The YMCA sent an email to parents, stating essentially, “If none of you parents volunteer to coach, there will not be a league.” I volunteered to coach the team and fully engrossed myself. I found that not only is it similar to basketball in myriad ways, but it exemplified all the components necessary in the workplace, adulthood, and beyond.

The “Tie-Dyes” went 3-1 in their first Socctoberfest/tournament ever.

After two years of YMCA soccer, we were killing everyone. I did a Google search to get the girls into a tournament, and realized how much bureaucracy there is. I emailed 5 local clubs to get our team into a tournament – and the wolves, fronted by Administrator David Clements, were the only club to reply.  Dave taught me about the business of soccer. We got the girls into Socctoberfest and did well. We started playing as a Wolves affiliate team the next Spring, and became a full Wolves club team that Fall.

The approachability. Club soccer is shrouded in a “know it all, where’s the scholarship” mentality that is hard to break through. Everyone involved with Wolves is fun, kind, and warm. This experience can be fun for the kids and the parents. The experience is the way.

Landon Donovan. What a stud. Once I started coaching, coincidentally (or not), in the first three months after, I had the opportunity to interview him three separate times for Sports Illustrated, AskMen, and my own I-80 Sports Blog. I asked him some really deep questions about his experience in youth soccer. This made me a better coach.

The Tie-Dyes evolved into the Little Devils, a Wolves affiliate.

It rewards preparation, anticipation, and forward thinking. It is the ultimate team game. Nothing sweeter that watching the offense work the ball from the backline to a one-touch goal after progressive passing. A 0-0 tie isn’t a 0-0 tie – there were hundreds of things in a particular game that created the end result.

As many as I need to beat whoever is asking.

I was fortunate in my basketball career as a kid to have coaches and teachers spend time with me, for no reason or no payoff, and make me a really good player. I learned that life is a competitive sport and the “winner” is the person who usually did the most work in advance, and when no one was looking, then added their own creative flair to it.

To see children progress over a period of years and think I had something to do with that, motivates me every day.