Nebraska Soccer Leagues – Which Is Right For Me And My Child? 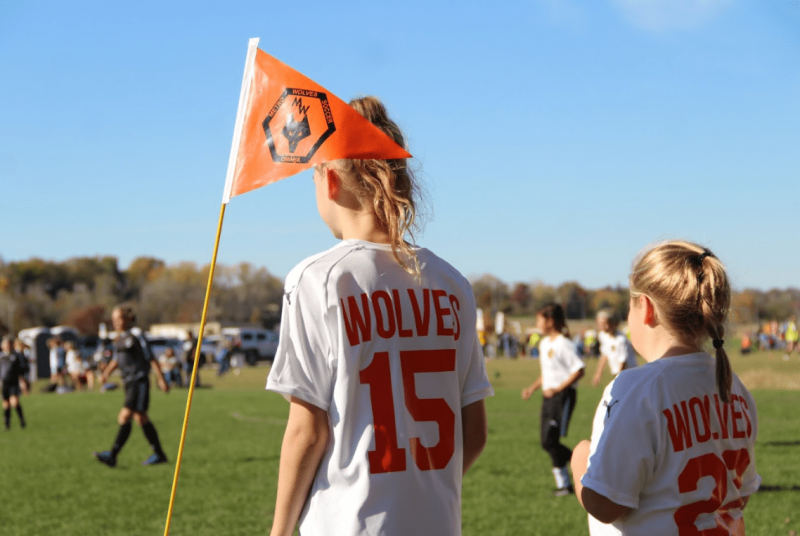 The youth soccer landscape in Nebraska (and elsewhere) can be very confusing. At the risk of presenting “Too Much Information”, Wolves has developed this overview of Nebraska Soccer Leagues for new and experienced parents and players.

The United States Soccer Federation (USSF) is the official National parent body of all organized soccer in America. USSF is recognized by FIFA, the international soccer body that runs the World Cup and other events, as the representative voice of American Soccer.

USSF is also the parent body or affiliates with several regional and national soccer groups, some of which include Nebraska Soccer Leagues:

Some of these organizations go state by state, and some are more regional in scope (rather than a state association, you deal with the “Midwest” office, for example). Often multiple organizations are active in any given state. The Nebraska State Soccer Association is affiliated with US Youth Soccer, and sanctions Wolves Soccer Club and most clubs in Nebraska.

But many clubs have joint membership with other organizations as well. Since all of these organizations ultimately fall under the USSF for sanctioning, there is no disadvantage to being registered in one place vs. another.

The Nebraska Soccer Leagues landscape in Nebraska is ever changing. Until a few years ago, NSSA served as a sanctioning body (only) for independently run leagues in the state, providing insurance coverage, player and team registration platforms, and USSF referee tie ins for them.

Lately the trend in Nebraska (and some other USYS affiliated state organizations) has been to take over league operations directly, though some smaller independent leagues still operate under USYS sanctioning in Nebraska.

There are two types of sanctioned leagues (and tournaments) – Restricted and Unrestricted.

The following leagues are available to Nebraska Club teams. This list may not be all inclusive but is representative of where most Nebraska teams end up playing:

Which League is best for me?

As NSS has changed from a sanctioning body and member advisory group to one that actively runs everything themselves, the number of choices available to member clubs has dropped. While this may be described by some as a better and less confusing way to do it, the lack of competition has also driven prices up. NSS no longer advises you on the best fit, they just promise to put you in the right spot in their league.

It is understandable that a new coach or parent could be unsure what league or level of play to enter their team at. But if your club board, administrator, director of coaching, or fellow coaches can’t advise you on the proper placement, you’re probably at the wrong club. If your club only wants to participate in one league because “it’s easier”, you’re also probably at the wrong club.

At Wolves SC, we participate in several leagues, where our coaches and staff try to determine the best fit for each team. We also choose tournaments or other non-league events based on the same criteria.

We won’t enter a league or tournament that’s too difficult and discouraging for our players, and we won’t sign up for anything that’s too easy just to get a trophy. We look for opportunities to challenge our players to develop.

This may mean we don’t win all the time, and we can’t always control who else signs up to compete against us. Overall, we look for a balance of fun, development, and winning to keep our players and parents engaged and moving forward in the process.

As with the leagues, the youth soccer tournament landscape is ever changing in Nebraska also. NSSA tournament sanctioning used to include limits on tournaments occurring during league play, or competing with each other on the same weekends. But lately the sanctioning process has changed to a “pay your fee, and off you go” mentality, and it’s up to the member clubs to sink or swim on their own. This has led to more tournament options for Nebraska players, but not necessarily better quality options overall.

NSS operates 6 tournaments on their own, and sanctions about 20 more per year to be run by various clubs in the state. Wolves Soccer Club hosts two tournaments (with future expansion plans!!!) The tournament proceeds help cover club overhead and keep your costs down, as well as provide opportunities for our own teams to experience “home games” as tournament hosts.

The Wolves Spring Cup, held each June, provides an end of season event to celebrate school being out, Spring soccer wrapping up, and it marks the unofficial start to the tryout and team formation for Summer and Fall teams and activities.

Wolves SocctoberFest is held in late October, with Girls and Boys teams participating on separate weekends now that the attendance has grown so much. This event wraps up the Fall outdoor season in grand fashion. We get about 150 teams from several states attending each year, one of the largest youth soccer tournaments in Nebraska.

Wolves SC teams participate in our own tournaments whenever an appropriate age bracket exists. Occasionally the competitive level of a given age bracket in one of our tournaments is not a good fit for one of our teams (too strong or too weak), and we will work to find a good alternative for that team. Participation in non-Wolves tournaments is a decision left to each team as the coaching staff finds appropriate events for a team’s development.

Wolves hosts, but does not run, 5v5 tournament events through the Warrior Soccer Tournaments group. Participation in these events is encouraged, but not required, of Wolves teams, and is not covered by your registration fees.

Wolves host an annual Elite ID camp through the Wolverhampton North American Academy, which is free to members. Top players identified by Wolverhampton coaches may be invited to their National camp or other camps, the cost of which is extra.

ODP (Olympic Development Program) – This is a program run by Nebraska State Soccer for top players in the state (roughly 30 in each age group). You practice together and play ODP teams from other states in the region. All registration and travel costs are separate from any Wolves SC fees, but Wolves SC and ODP activities are usually compatible from a scheduling standpoint and players have done both simultaneously.

YMCA Soccer – rec level / entry level soccer for younger players. Most YMCA teams are not affiliated with NSS or USYS, though some groups (particularly in the Lincoln area) have taken the extra steps necessary to become affiliated and thus they can participate in non-YMCA leagues and tournaments.

High School Soccer – USYS / NSS sanctioned play for high school aged players only occurs in the Fall. In the Spring, when Nebraska High School soccer is ongoing, there are no USYS or Wolves activities in those ages usually. There is no prohibition on this from the Club and USYS side of things, but Nebraska State Athletic Association rules may disqualify you from your High School team if you participate in Club Soccer simultaneously. Some high school sports are exempt from this, but not Soccer at this time.